Mods for your Myoungshin Fanta by Arcade Sticks Indonesia!

If you own or are a fan of the Myoungshin Fanta joystick lever, you know that performance mods were - for a time - hard to come by.  Korean lever enthusiast Victor Sumantri of Arcade Sticks Indonesia sought to enhance what the Fanta meant to most players by offering a plethora of choices to mod and tune their sticks.  I'm happy to announce that we're partnering with ASI to bring many of their products to the USA, starting with the Golden Lever series Collar and Golden Lever Plate. 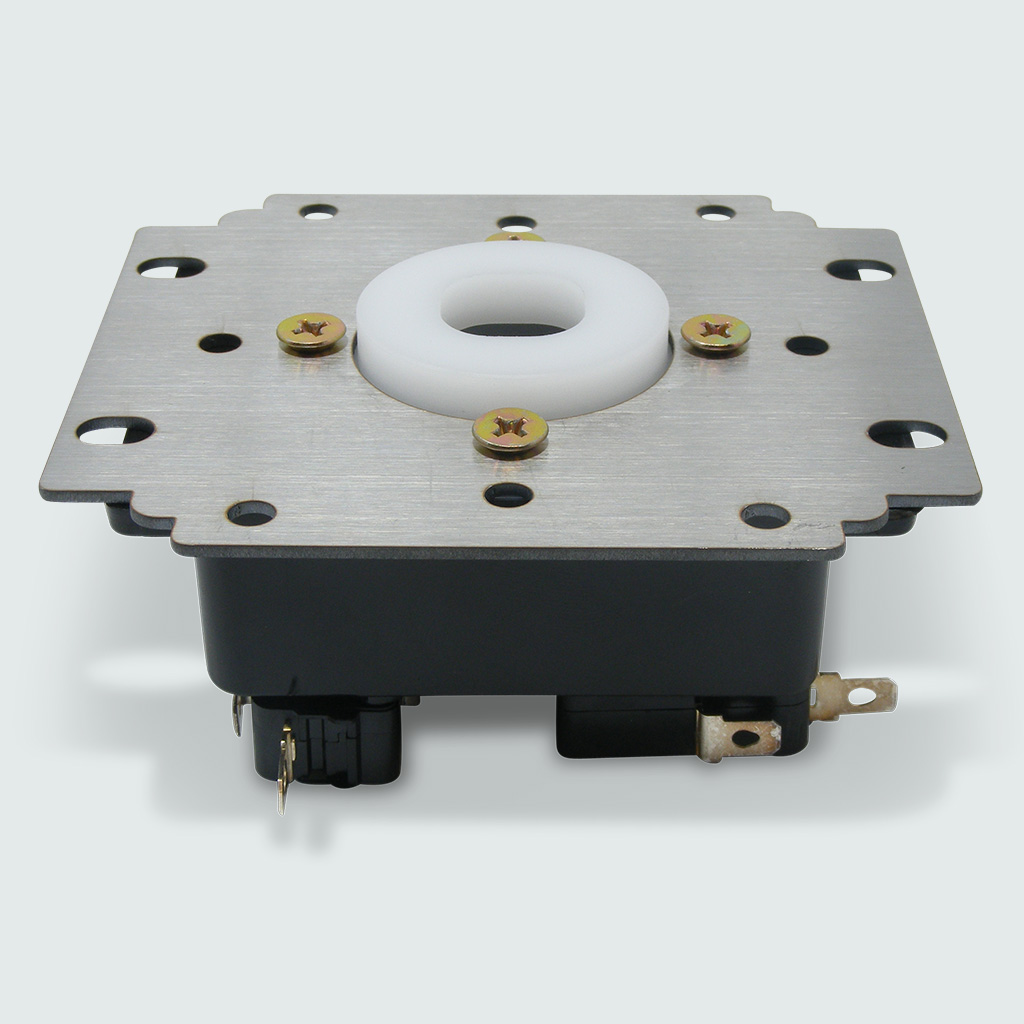 Owning a Fanta has its share of challenges - the most obvious is trying to fit into a commercial joystick cases from MadCatz, Qanba, Hori and others. Commonly a Japanese mounting plate is used, and the 21 or 24mm joystick hole found in these joystick models will not accomodate the 35mm collar found on the Fanta.

The Golden Lever Collar allows you to swap the existing collar for one made of durable delrin, machined to shape, and half the height of the normal collar.  This allows you to place under the smaller Japanese hole for most joysticks, while still enjoying the collar's feel during gameplay. Best of all, you can purchase the collar in three configurations: Octagonal, Square or Circle. These provide similar control to the Sanwa GT-8F square restrictor gate, or the popular GT-Y octagonal gate.

Similar to the collar, the Golden Lever Plate allows you to install the Myoungshin Fanta into a commercial joystick. The plate's screw holes line up with the most common mounts. The included screws and nuts are designed to make installing a breeze. You can pick them up right here, or bundle each for 15% off when you purchase the Myoungshin Fanta joystick lever:

This is just the beginning of the ASI Golden Lever rollout.  Up next is the Golden Lever 40-60 Shore A grommets to customize your Fanta lever tension.

The past month seemed pretty quiet at FA.  Rest assured, there were a number of things taking place in the background (among them, the ASI partnership), and I'm pretty excited to share with you soon, and that includes the return of  FA.Rewards.  Thanks again for sticking with us!