In late 2016, we introduced several art books from popular fighting game comic publisher Udon Entertainment.   Throughout the years, this prolific team of artists and writers released a diverse collection of comics and art galleries celebrating the Street Fighter universe.  In 2017, FA teams up with Udon to participate in their latest crossover: Street Fighter VS. Darkstalkers!

Street Fighter VS. Darkstalkers pits World Warriors against Night Warriors for the first time in an eight-part series! You'll find Ken, Chun-Li, Rashid, Sagat, and Akuma facing off against Morrigan, Felicia, Jon Talbain, Bishamon, and Donovan in an epic battle that brings villains from both series together and pivots friends into foes. It's a unique interdimensional trip down an unfamiliar storyline, featuring the artistic and writing talents of Udon Entertainment. Who will win in the end?

We're happy to announce that you can  pre-order a copy of Street Fighter VS. Darkstalkers #1 from Focusattack.com with an exclusive cover drawn by Jeffrey "Chamba" Cruz! This cover is a direct homage to the iconic first crossover Capcom Fighting game, "Xmen VS. Street Fighter", this time with Darkstalker combatants posing in the same manner as the popular arcade poster.

You can get the full-color version for $6.95, or limited-edition black/white variant for $9.95.  Each ships FREE in the USA; you can even pre-order the comic with other items in your shopping cart as it will ship separately. Love both color and b/w versions of the cover?  You can bundle both in the same pre-order for just $13.95!

For now, this promotion is limited to customers in the USA.  If you're an international customer, not to worry - we'll open global shipping for remaining copies soon after the pre-order campaign.

Udon Entertainment recently teamed with Jasco Games - makers of the popular Universal Fighting System series of card games, to develop two exclusive UFS cards! These illustratively-connecting cards feature incredible artwork by Mauricio Herrera, and will now ship with every Street Fighter VS Darkstalkers #1 comic.  That includes both the color and B&W cover - two cards in each!  If you already pre-ordered, you won't have to do anything to receive these cards.  If you haven't yet pre-ordered, you'll want to get in on this exclusive bonus, as is limited to issue #1 of the series. 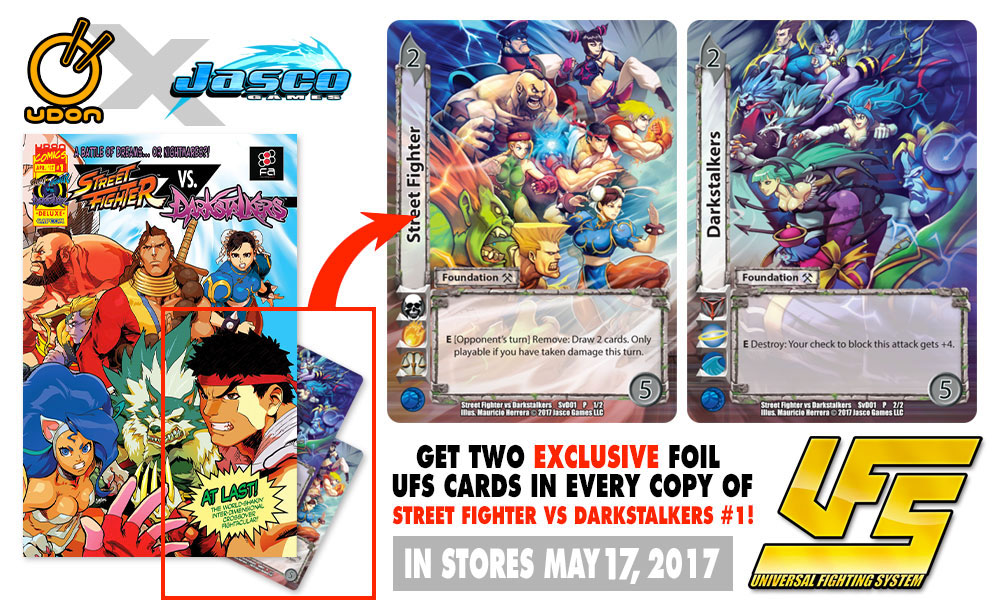 Starting today, you'll have a chance to win a MadCatz TE2+ Fightstick for Playstation® 4, customized with the entire full-color print of our Street Fighter VS Darkstalkers cover!

Additionally, you will receive each of the current  Funko Street Fighter Pops that we have available.

Finally, we'll include a full-size horizontal poster of the entire front and back of the cover! 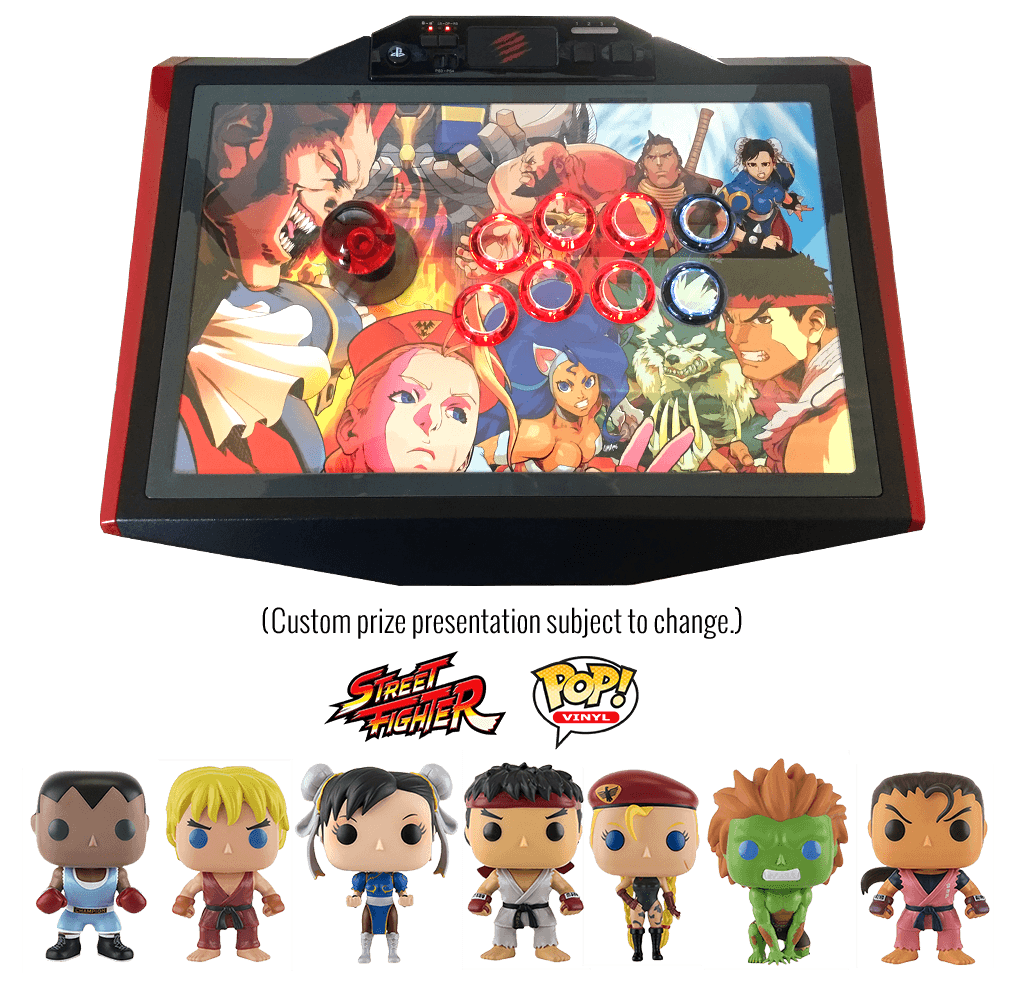 To enter the giveaway, purchase any  Udon Entertainment art book or comic at Focusattack.com now through the pre-order period (release estimate is May 2017).  Your name is automatically recorded in our internal entry database.

We will have additional ways to increase your chances to win. Stay tuned.

A big thanks to Matt Moylan of Udon Entertainment for giving FA an opportunity to share both this incredible new series, plus a growing library of Udon publications.  I'm also thankful to you for allowing FA to represent more than just an arcade parts store.  As much as I enjoy fighting games and the parts used to build arcade cabinets, this is a entertaining nod to my early days of running FA, and a creative part of the business that I relish.

If you have any questions about these and other Udon products in our  Books and Comics section, please feel free to contact us.